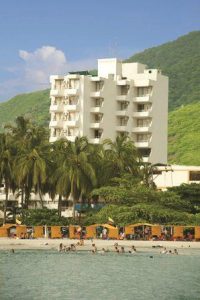 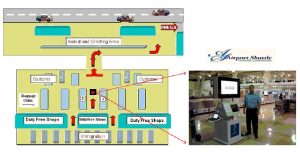 AMAZONAS TOURISM
from the legendarytribe of the warlike women it was originated the name of the biggest state of Brazil, located in the Amazon area, the Granary of the worldThis enormous equatorial rain forest interrupted by a gigantic mesh of rivers is a tourist destination that offers the exuberance of the jungle , explored in a ecologically correct way concepting the products and tourist equipments. With intense cultural life, stand out the folklore of the festival of the Bois-Bumbas of parintins and the festival of Opera, which translate the musicality and the artistic expression of a cheerful and hospitable people.
to visit Amazonas is to surprise oneself at each river arm and to enchant to each corner of the modern capital of amazonas, Manaus, the metropolis of the jungle, which still keeps images of the golden times of its glory during the rubber boom, in the building and monuments recently restored. the city owns an advanced industrial Pole with industries of the most different nationalities. The conventional hostelry and leisure it is added to the offer of unusual and exotic hotels or lodges, located in the middle of the forest . A modern airport infrastructure and of conventions it is available for the accomplishment of any even, providing safety, quality and up to the minute technology.
the attractions of this paradise are exclusive. In Amazonas, the wealth of the hot and humid climate tropical rain forest represents the largest biodiversity of the planet. More tahn 98% of her territory of 1, 5 million square kilometers remain with the same forest covering by the time Brazilwas discovered: untouchable.

NATURE TOURISM
bird watching
The state of Amazonas is one of the most sought destinies for the practice of ‘bird watching’, sheltering about 41,8% of the brazilian birds, which can be observed here. Rare birds as the rooster-give-mountain (rupicola), considered by some ornithologist as being the most beautiful bird of Brazil; the vulture-king (Sarcoramphus papa) the shine-of-fire (tozapa pella), largest hummingbird of the Amazon region; curious ox-bird (Perissocephalus tricolor) and the legendary uirapuru (Ciphorhynus aradus).

Mamiraua Sustainable development reservation
it is one of the largest reservations of flooded area of the world, with 1,1 million hectares, with upto 80 kilometers of flooded forest, in the reservation it was already classified more than 300 species of fishes, including the ornamental ones as the acara – disk. there also live about 400 species of birds and a least 45 species of mammals. Among others protected animals the most acquaintance is the wtite uacai monkey (Cacajao calvus calvus) that can only be found in that meandow area. The reservation own important tropical wood and in their meadows grows samaumeiras and assacus, trees that can reach up to 40 meters high.

Piranha Lake Sustainable Development Reservation
Located in Manacapuru’s town the Piranha Lake Sustainable Development Reservation is a compound of lakes, it is placed to 110 kilometers from Manaus and 25 kilometers from the city of Manacapuru, which acces last one hour by boat of 15 minutes by hidropane.
The area owns a typical vegetation of meadow, flooded at that time of the floods, with gigantic trees, as the samaumeira. The area is a migratory and reproduction route of birds as the white heron, the jacana and duck of the bush. The place is also one of the best for the sport fishing, due the variety of fish as the bodo, the piranha and the aruana.
In the floating hotel with station of treatment of water and sewer and an observatory of birds, it developed with the community local programs that include walk in interpretative trails through the forest, the observation of alligators and birds, walks across the lakes and photographic tour.

on the Brazilian context for its natural and cultural wealth the Amazon Region emerges as one of the priority areas for the conservation of natural resources and the construction of development models capable to value and to protect the the natural base, to rescue and to preserve the cultural patrimony and to ensure benefits to the local populations. Under that focus, the ecotourism is recognized as an important alternative for the regional development.
Recent estimates point that the area shelters about 2,5 million species of insects, dozens of thousands of species of vascular plants, about 2 thousand species of fishes, besides 950 species of birds and 200 species of mammals.
in Amazon the beauty and the diversity of natural landscapes are different from area to area, fulfilling fascination on the global imaginary.
The wealth of its natural and cultural patrimony accredits the state for the practice of ecotourism, confirming its vocation for the development of that modality of tourism.

SPORTING FISHING
The Amazon is winning distinction as international destination for the practice of the Sporting Fishing, once it posses the largest hidrographic basin of the world concentrating about 2 thousand species of fish that wake up the interest of the fisherman.
Among the most sought species, tucunare-acu, is considered the most sporting fishing of the world and it only happens in Rio Negro River Basin. Other species as the Aurana, the piraiba or even the Apapa; they come as trophies that bring surprises and satisfaction to the fisherman.
The actions development by the State Goverment through the AMAZONASTUR, focus as priority the creation of the proper enviroment suitable to the development of the sporting fishing segment with the identification of new areas, the structuring of the activity, to train and to enable local guides, as well as the state promotion as a sporting fishing international destiny in the most important national e inetrnational events.
To assist the sporting fisherman, the Amazon has excellent infrastructure as boats, hotels, carriers and trained guides.
The sporting fishing is a real alternative of development for the local communities. Beyond providing leisure, entertainment, contact with the nature and environment, the fisheman will have a unforgettable peasure to fish in the Amazon region.